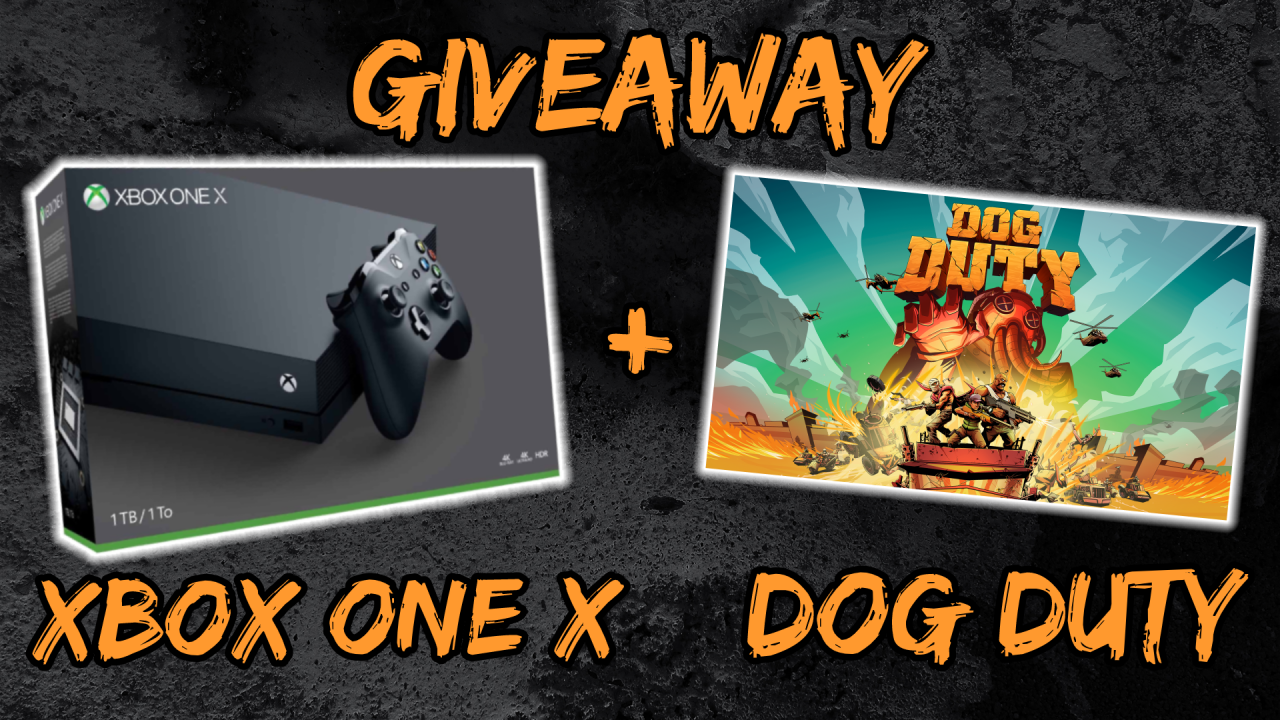 Dog Duty is only a few days away from its full release on Nintendo Switch™, Playstation®4, Xbox One and Steam®. The game launches on September 17 and to celebrate this, we decided to host an exclusive giveaway! This weekend, you have a chance to win an Xbox One X console and Dog Duty game key. All you have to do is enter the giveaway.

A winner will be announced on Wednesday September 16th at 4PM CEST on @SOEDESCO Twitter. Make sure to follow us so you don't miss the announcement. Good luck!

In Dog Duty, you get to control a squad of three characters while you wreak chaos, destroy installations and take down evil octo-bosses. You can ride freely throughout the world and fight on top of whichever moving vehicle you can find, such as an armored car or boat. The mission is clear: Destroy the octo-tank, located in the desert, the octoplane, last seen at the river area and the octo-jumper, situated at the swamp area. Destroying one outpost affects the other outposts, cutting off weapons, armor and other octo-supplies. After defeating these wicked bosses, it’s time to defeat the treacherous Octopus Commander in his walled capital.