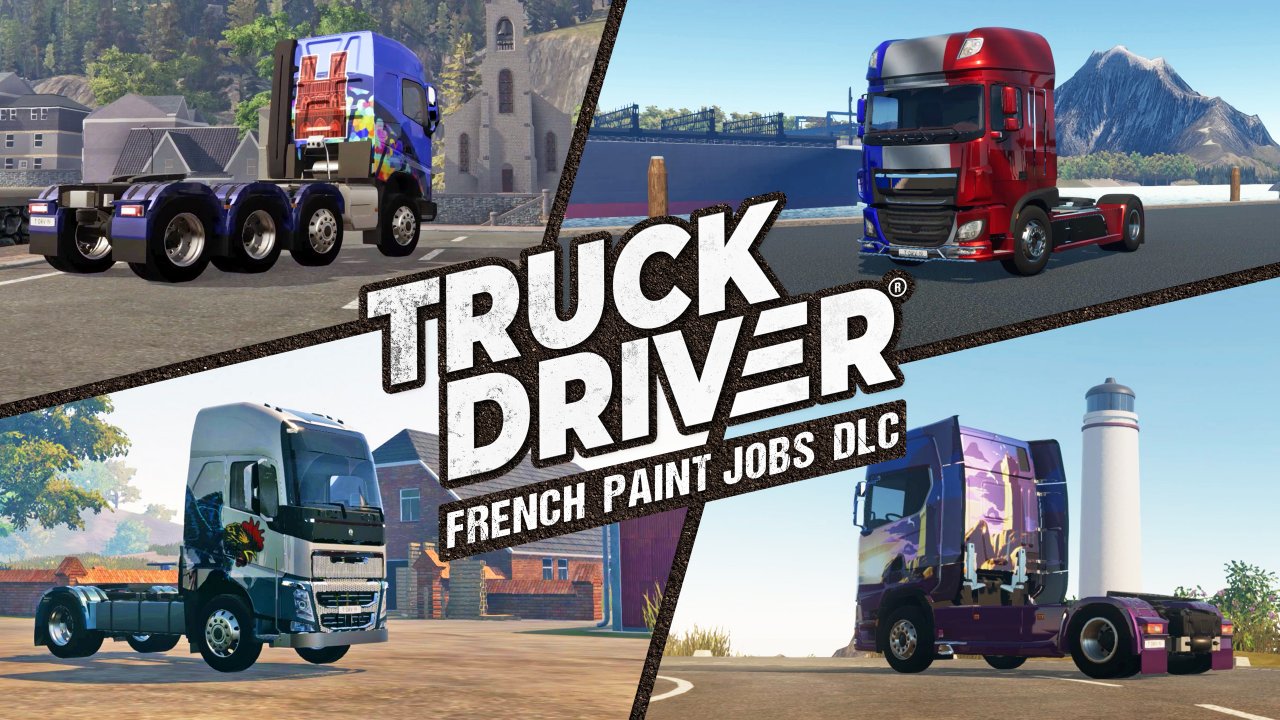 Trucking experience Truck Driver has delivered its second country-themed ‘Paint Jobs’ DLC on PS4™ and Xbox One today: the ‘French Paint Jobs’ DLC. SOEDESCO® accompanied the news with a brand-new launch trailer, showing off six unique French-styled paint jobs to spice up every in-game truck. They’ve previously released the ‘USA Paint Jobs’ DLC and will soon bring out the German and UK ‘Paint Jobs’ DLCs. All DLCs will come to Nintendo Switch™ as well.

“Vive la France!” Personalize your truck in classic French style. You can now show your love for beautiful France with six different paint jobs.From the Eiffel Tower and the skyline of Paris to the Côte de Granit Rose in Bretagne; this pack lets you drive around in a truck that resembles some of the most charming features of France. All paint jobs are applicable to every in-game truck.