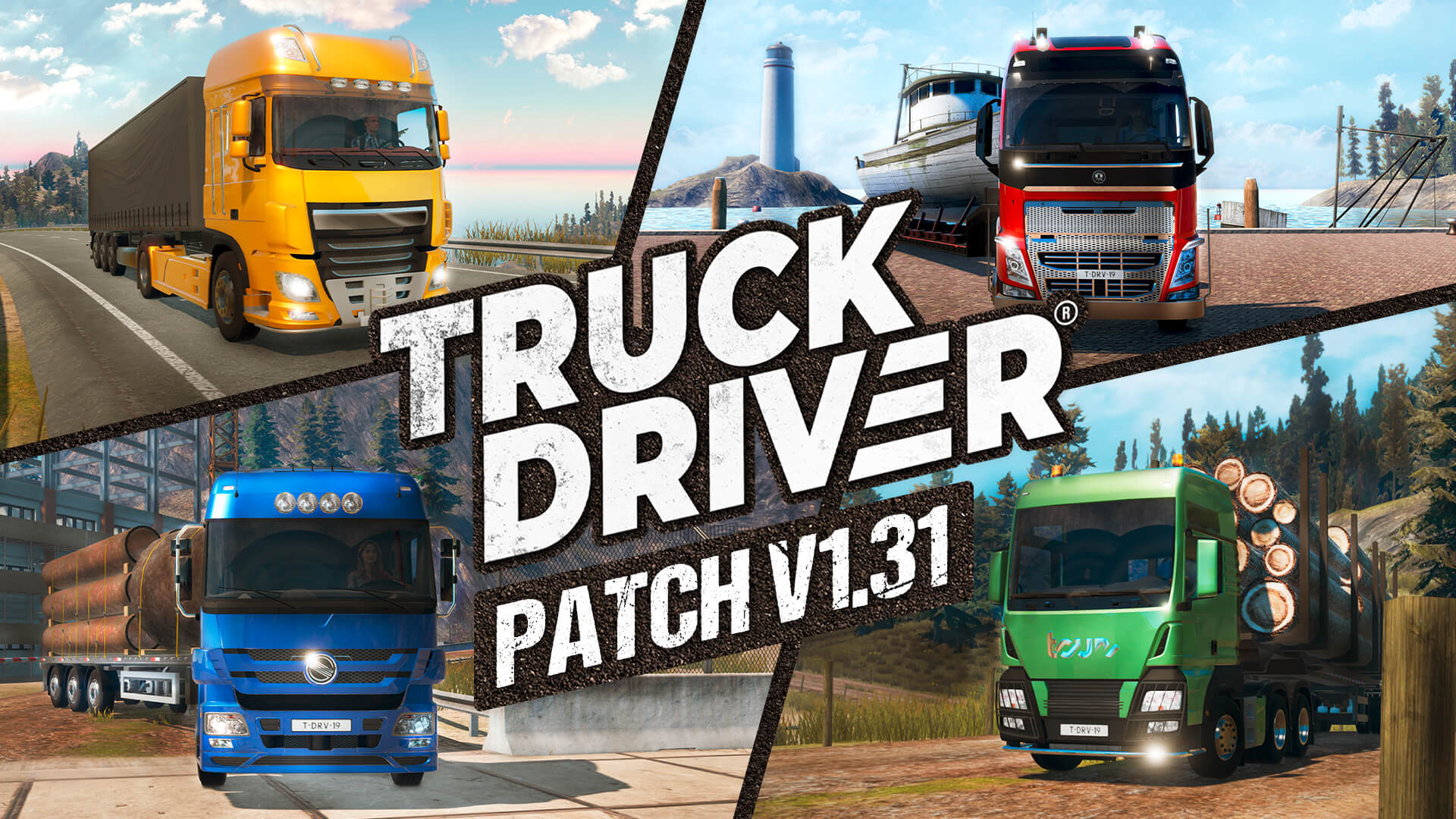 Update v1.31 for Truck Driver went live for PlayStation®4, Xbox One, Steam and Epic Games Store. This update is all about adding new content in the form of Parking MIssions, AI enhancements and improving driving feel.

NEW: Added ‘Parking Missions’ for all clients. In these new side missions, the client will ask the player to rearrange and move 1 to 4 trailers within the client’s locale. This new type of missions can be repeated after a cooldown of 5 minutes per trailer parked per mission separately for every client. These missions also come with a new achievement/trophy: Parking Pro

NEW: Revisited and changed speed limits on all roads in the game to be more logical and realistic

NEW: Revised all engines in all trucks and adjusted steering

NEW: Made visual upgrades to windscreens and sunscreens

NEW: Revisited the way required parking position of trailers is displayed for a clearer indication

NEW: Added a ‘completed missions’ list for all clients

NEW: Added the ‘garage’ & ‘truck damage and repair’ mechanics to the game’s tutorial

NEW: Added Social media buttons to the main menu that link to the corresponding pages

FIXED: Removed a bug where the speed limit would drop to 30 km/h on junctions

FIXED: Resolved an issue where players would be fined for running red light while light is still orange

FIXED: Resolved an issue where players’ satnav would display wrong starting location when entering and leaving a garage during a mission

FIXED: Resolved an issue where certain languages in the menu weren’t displayed correctly

FIXED: Resolved an issue where AI traffic drove relatively close to each other and formed trains