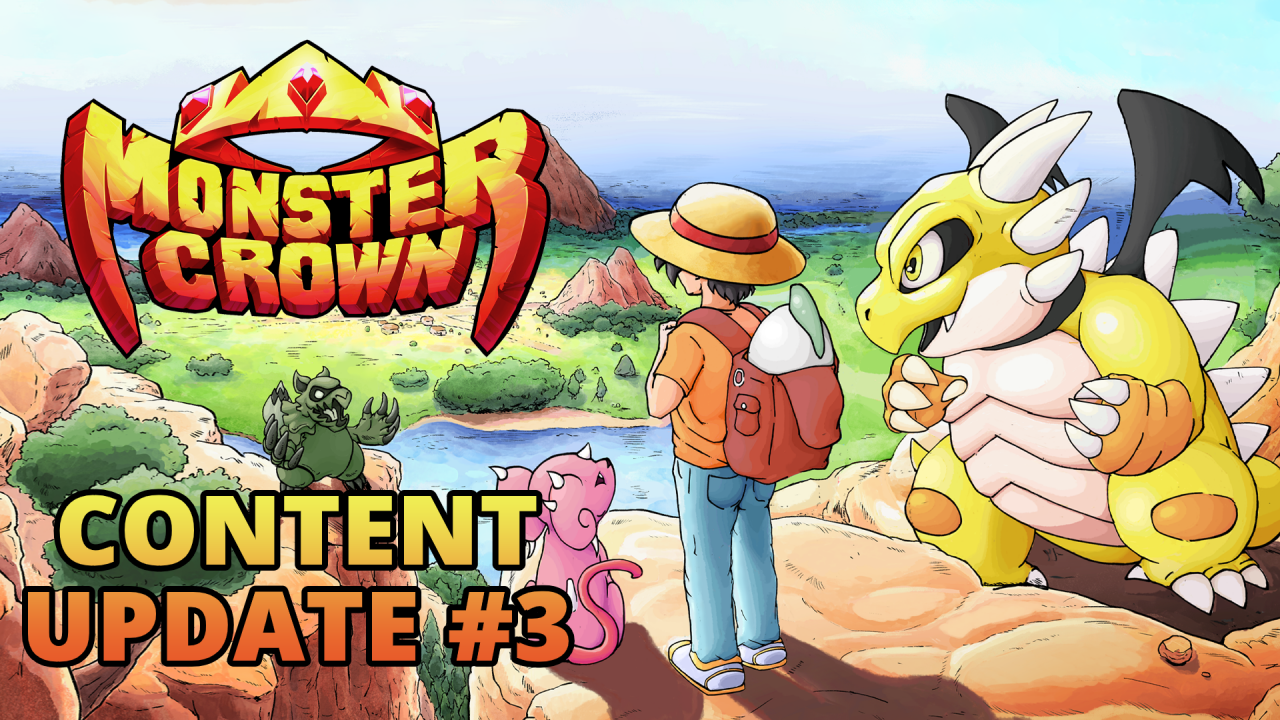 A new world to explore

Content update #3 unlocks several new areas for players to explore. Crown Island opens its path towards two new provinces, new cities and a mysterious cave. Monster Crown’s dark story will now take players to the castle of Empathy Kingdom, where they get to meet king Dania. Furthermore, over 15 new monsters are added to the game and players also get to ride on some of the monsters now. The previous two content updates already brought online monster trading, a new gene lab and more, offering a lot of new opportunities for competitive battlers out there.

Read more about the origins of Monster Crown here.