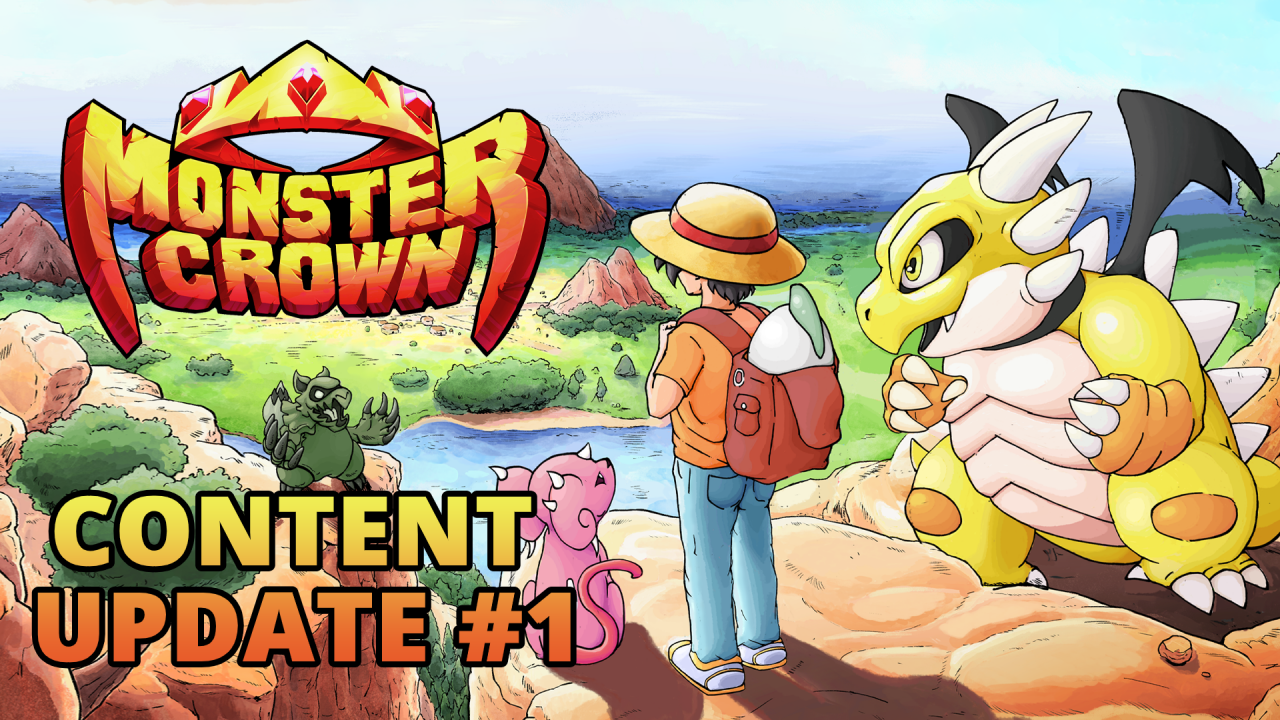 From homemade indie to well-received game

Within a month of Early Access on Steam, the critically acclaimed monster taming game has already won the hearts of many. The game has received several positive reviews from renowned game journalists and it currently has a 90% ‘very positive’ rating out of 156 user reviews on Steam. Monster Crown offers players an intriguing story with plenty of content, monsters and features to explore. As of today, players can discover a whole lot more.

The first big content update introduces three new game features: NET Eggs, the ‘Move Learner’ and online monster trading. A NET Egg lets players breed with a random monster egg, which contains monster genes from players all over the world. The egg serves as a wild-card parent, resulting in a surprise monster. The ‘Move Learner’ allows monsters to remember a new set of moves from its large roster of attacks. Monsters can learn a lot of moves, but they can only remember six at a time. Now players can select which moves their monsters remember at any given time. Lastly, online monster trading lets players exchange their monster creations with the world.