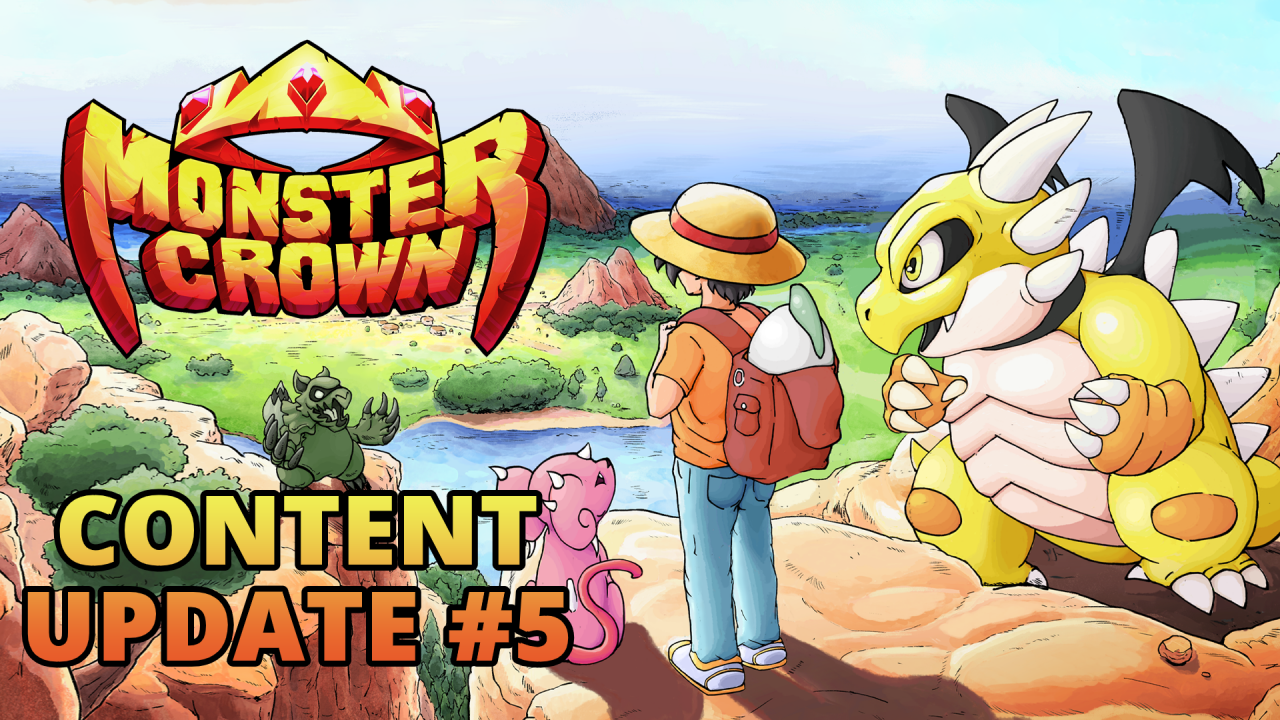 Today Studio Aurum released its fifth big Content Update to dark monster taming game Monster Crown. This content update is the first big patch since the start of the new year, after the game has previously seen four other big content updates in the last year. Monster Crown's most recent content update brings collectible monster cards and the ability to preview movesets when you're breeding monsters.

To collect your very own rare monster cards, all you've got to do is head over to Empathy Kingdom to find a kid who is just as excited about collecting monster cards. He will be able to give you your very own Monster Trading Card Binder! You'll be able to buy booster packs at any store, but your first hit is free as this guy spares you a booster. Once you've opened your pack you'll receive a random assortment of cards for your collection.

Besides monster cards, you can also preview movesets. Before you commit to breeding a monster, you'll now be able to preview the moveset, base stats and which ones come from which parents before you ever commit to creating that egg! Although you won't be able to see how it will look, this makes breeding much more beginner friendly.