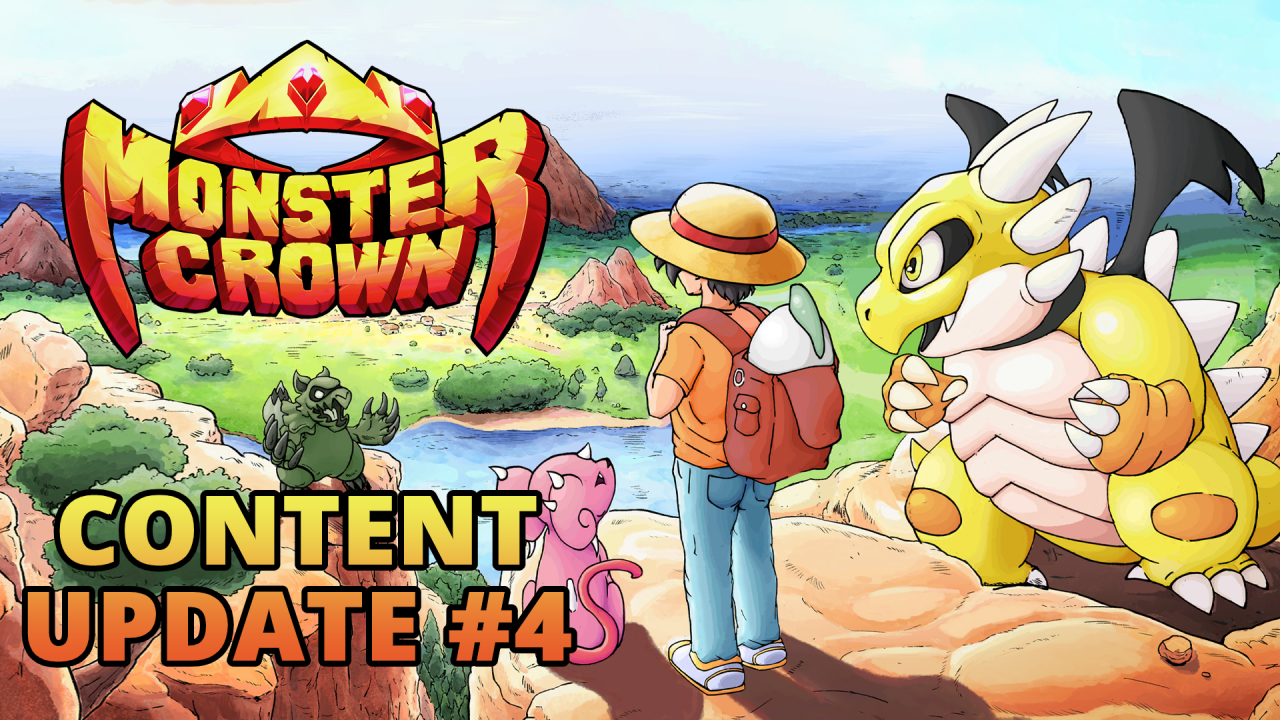 Today Studio Aurum released its fourth big Content Update to dark monster taming game Monster Crown. With several new content updates still in the works, and three content updates prior to today's update, Monster Crown is headed towards a large story filled game with lots to explore and plenty of monsters to breed and transform. More information about the Early Access journey of Monster Crown, including several upcoming features, can be found here. Content Update #4 brings both the Atomic Clock and Super Gro transformation teams to players looking to become competitive battlers. After a a majority of Monster Crown fans voted for the early release of the Super Gro team, Studio Aurumn launched this transformation team last week. Now the development studio has also added the Atomic Clock team to the Early Access game.

Both transformation teams include three impressive transformations. The Super Gro team transforms the monsters Apo, Jungro and Laz. The Atomic Clock team will transform the monsters Dracoyle, Gorgem and Darwhol. However, crossbreeds can also be transformed, offering you many powerful transformations. The transformation teams can each be activated via special items that can be found around the map. For the Atomic Clock team, you need to search for a clock that will warp the time in order for your monster to transform immediatly. A dragon tamer will be waiting for you at Empathy Kingdom to guide you further. For the Super Gro team, you need to search for a sprayer which contains special crystals that induce super growth.