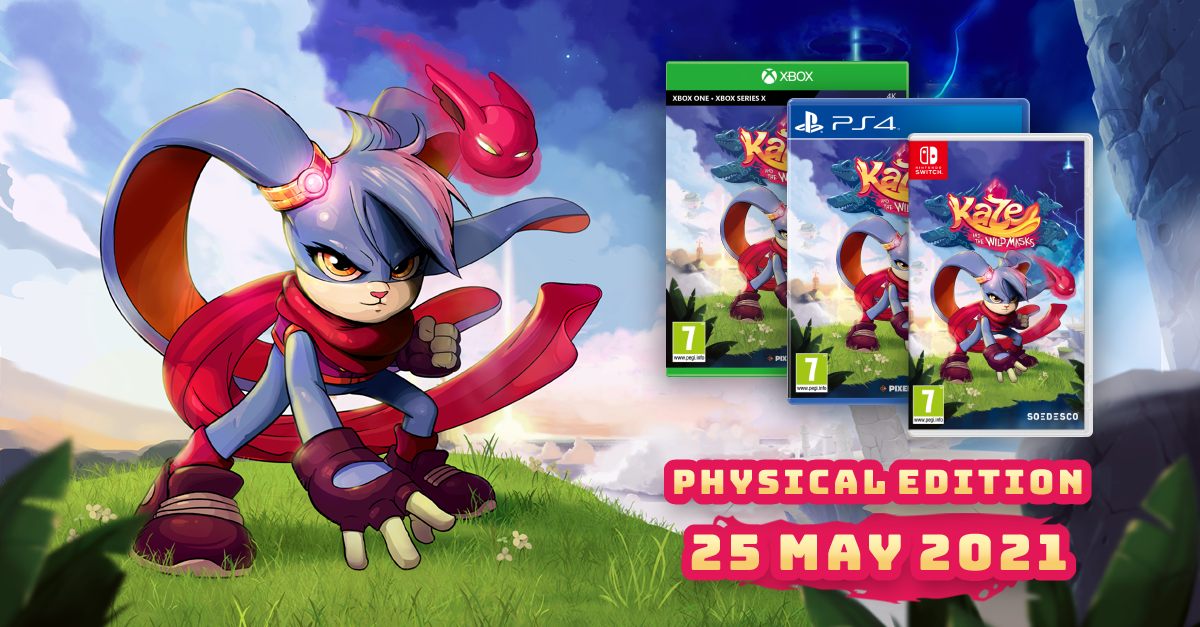 The physical edition for Kaze and the Wild Masks on Nintendo Switch ™, PlayStation®4 and Xbox One has been postponed until May 25, 2021. The 90s classics inspired platformer remains on schedule for a digital release on March 26, 2021 for the above-mentioned platforms plus Steam® and Stadia™. The current market has brought challenges in production and logistics, which have prompted SOEDESCO® to reschedule the physical edition to a later date. By launching the physical edition in May, SOEDESCO ensures that everyone worldwide is able to get their copy at the same time.