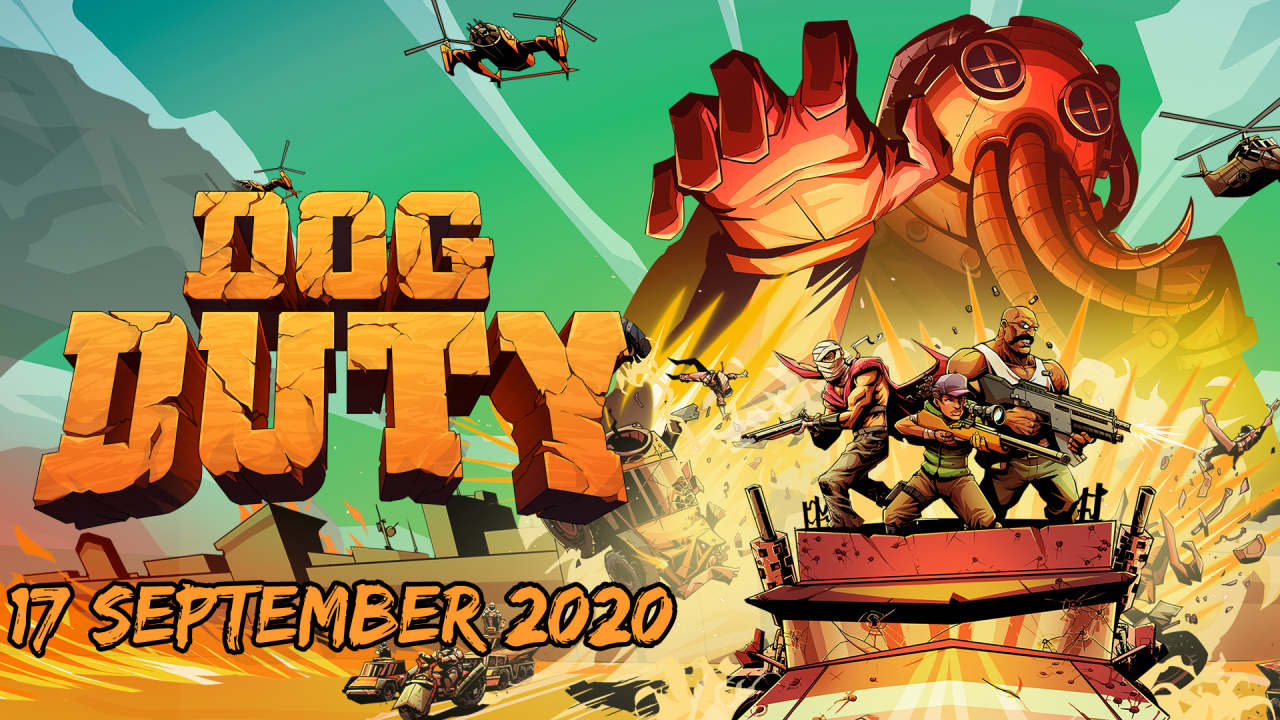 Players can soon fight the evil bigwig octopus commander and his army in Dog Duty. The octopus-infested Real Time Tactics game will get its full release on Nintendo Switch™, Playstation®4, Xbox One and Steam® on September 17, 2020. Control a squad of three characters and wreak havoc, destroy installations and fight the exotic and evil Octo-Army in an open world setting. Dog Duty also received a whole new game mode recently: Horde Mode.

Dog Duty was inspired by classic games and TV series such as Commandos and G.I. Joe. Created based on the nostalgic memories from developer Zanardi & Liza, classic villains such as Mojo Jojo from The Powerpuff Girls and Dr. Eggman from Sonic the Hedgehog played a big part in the development of the evil octopus army. It’s the way these villains think of themselves as the greatest beings alive. The same characteristics apply to the octo-bosses that players have to fight against in Dog Duty. The octopuses lend themselves well to powerful and unique creatures that bring a healthy dose of humor and chaos, much like the villains from classic 80s and 90’s series. The retro graphics, upbeat music and fast-paced Real Time Tactics style of the game provide a unique old school feel that appeal to young and old.