Adam’s Venture®: Origins is making its way to Nintendo Switch™

Adam’s Venture®: Origins is making its way to Nintendo Switch™ 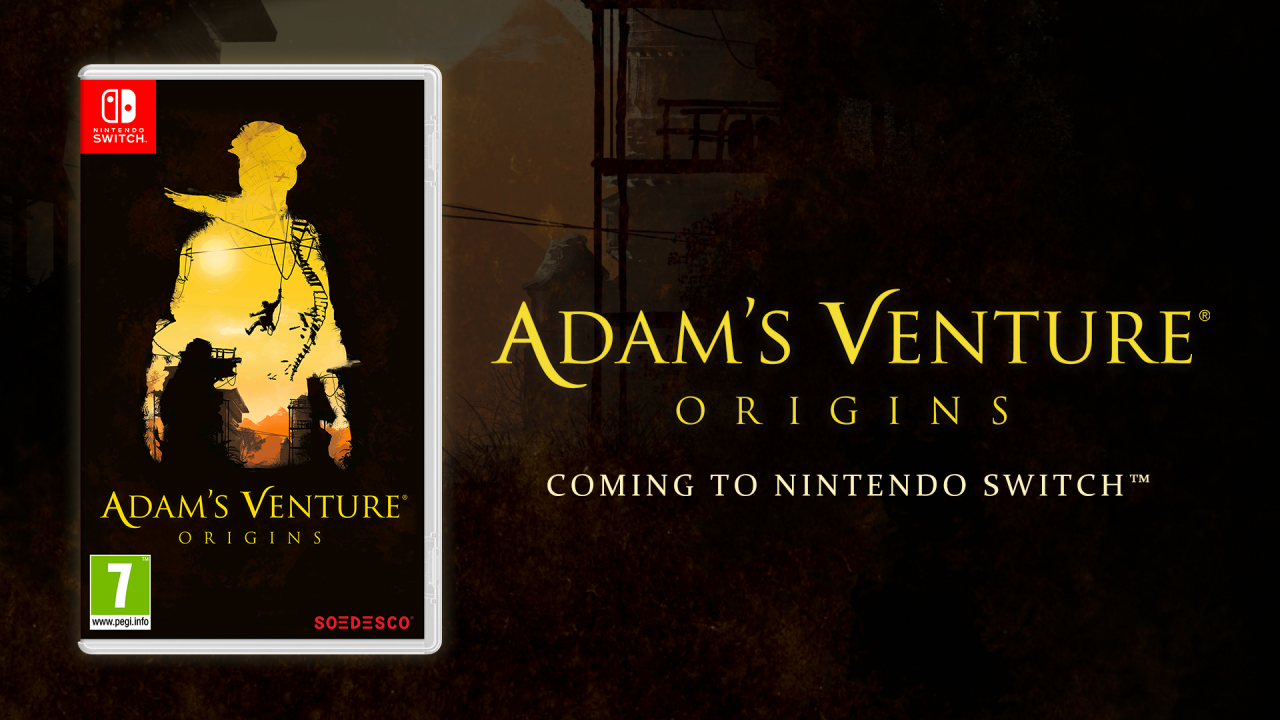 Today SOEDESCO® announced a Nintendo Switch™ version for adventure game Adam’s Venture®: Origins. The game, which released earlier on Playstation®4, Xbox One and Steam®, is coming as a digital and a physical edition to Nintendo Switch.

Travel across the globe

In Adam’s Venture®: Origins, players get involved in an engaging adventure that stretches across the globe. While solving intricate puzzles and discovering clues, they become part of a story filled with mysteries. As they unravel the secret of Eden, players explore their way through Europe and the Middle-East and reach new areas while climbing and swinging through adventurous environments. During their journey, players have to prevent the dark plans of the evil Clairvaux Corporation. Adam’s Venture: Origins offers a family friendly venturesome story with puzzles and challenges to solve.