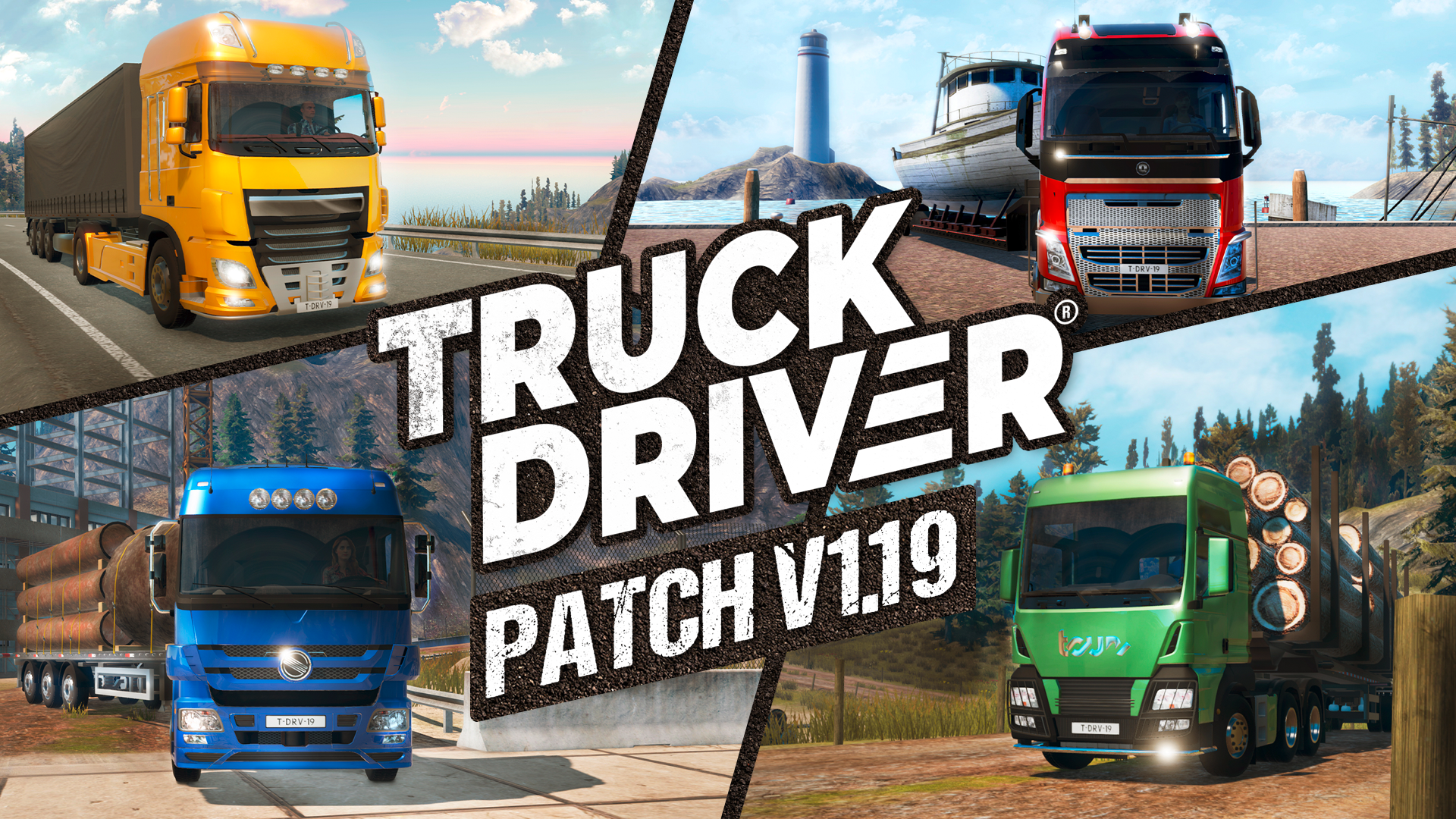 As Truck Driver® celebrates its one-year anniversary tomorrow, we've released a new patch today right before the weekend! Patch V1.19 is now available on PlayStation®4 and Xbox One. In this patch, we've revamped the Menu/UI and there's been multiple tweaks and bug fixes. Please find the full patch notes below. We've also had a look at the past year to see how the game has reshaped since launch. Read more about it here.

If you have any feedback on this patch for us, please join our Discord server at https://discord.gg/soedesco or send an email to info@soedesco.com