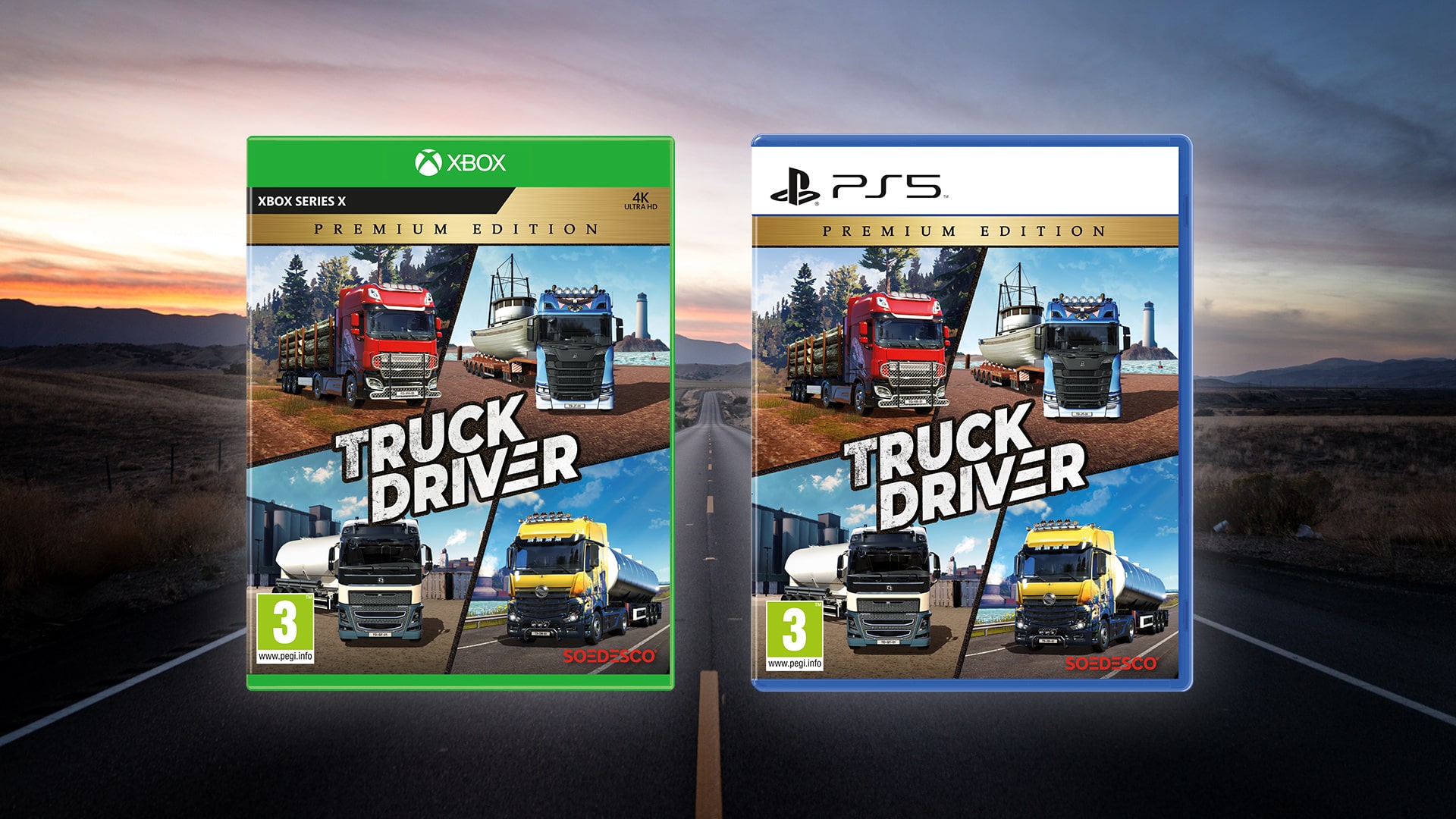 Rotterdam, The Netherlands – 22 July 2021 – Truck Driver is set to launch as Truck Driver – Premium Edition on PlayStation® 5 and Xbox Series X|S on September 30 this year. This Premium Edition will contain revamped truck models and will utilize the graphics-processing capabilities of the next-gen consoles. All previous DLC are also included, such as the ‘Paint Jobs’ DLCs, the ‘Hidden Places & Damage System’ DLC, as well as the recently-announced ‘Heading North’ DLC.

In this Premium Edition, choose between resembling the pride of either the US, Germany, France or the UK with the ‘Paint Jobs’ DLCs. Additionally, a damage system is also included with the ‘Hidden Places & Damage System’ DLC, along with three hidden locations and five new AI vehicles. Lastly, included is also a brand-new map that features Nordic-inspired landscapes and a scenic country called Mangefjell. The trailers, trucks and cargos have also been remodeled to work with next-gen consoles.

About Truck Driver
Live your dream to the fullest as a Truck Driver with Truck Driver Premium Edition! After inheriting a truck from your father, now it's time to make a name for yourself. Whether you want to build stronger relationships and earn the respect of the local community by completing jobs, explore diverse landscapes and interesting locations, or make your truck stand out by customizing it to your liking – the choice is all yours.