Truck Driver® is gearing up for a Nintendo Switch™ launch

Truck Driver® is gearing up for a Nintendo Switch™ launch 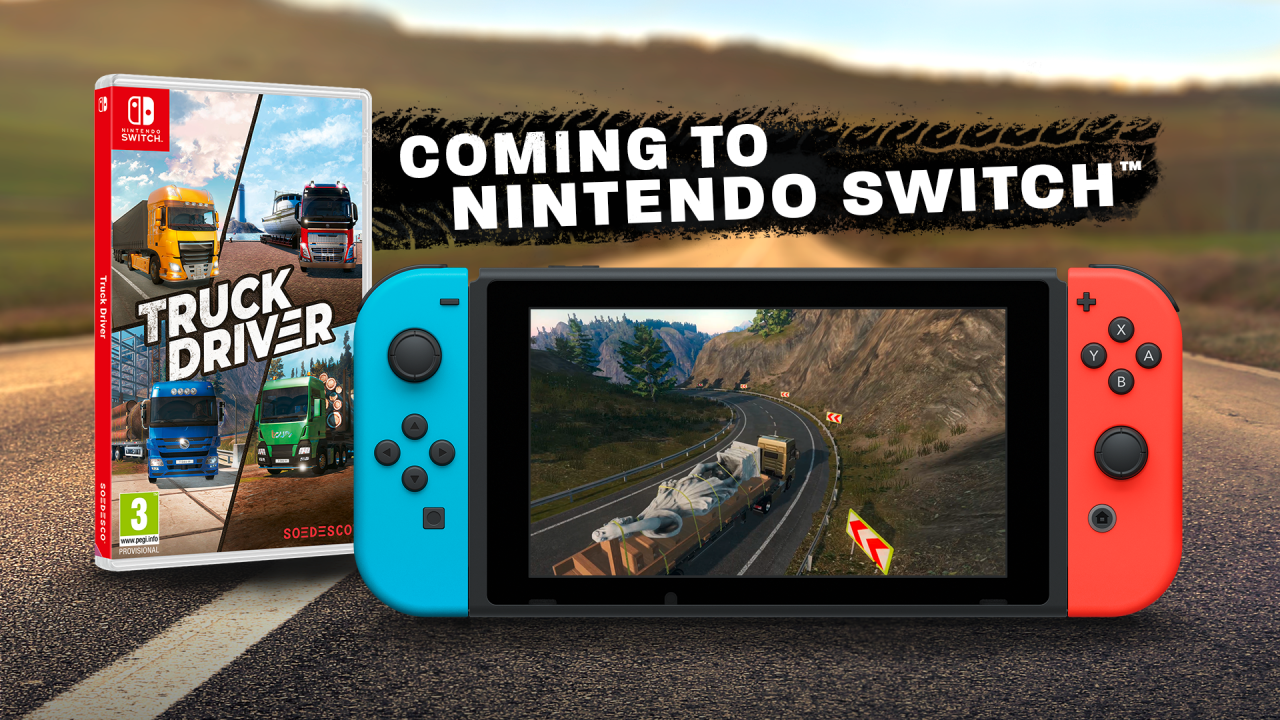 SOEDESCO® announced that Truck Driver® is coming both digitally and physically to Nintendo Switch™. The well-received trucking experience released on Playstation®4 and Xbox One last year and has since received several significant updates. The Nintendo Switch version will come with these improvements, as well as Nintendo specific features, including tilt controls and HD Rumble support.

Truck Driver® offers a unique trucking experience with a wide range of cargo and interesting characters to work with. For the Nintendo Switch version, Truck Driver supports solo horizontal grip and tilt controls. The game also gets HD Rumble support, which allows for subtle and fast changing vibrations that will increase the gaming experience.

Since the game released on PS4 and Xbox One in September last year, Truck Driver® received a new photo mode, rain effects on windshields, wipers, and several updates that improve the overall player experience of the game. Currently, Truck Driver® is getting a Unity engine upgrade, which will result in smoother frame rates, less stutters and an overall improvement in graphics with better shades and textures. Further improving the game will continue to be a priority for SOEDESCO and development studio Kokku. All the updates will be implemented into the Nintendo Switch version as well, which makes it a great addition to all trucker fans out there who’d like to be a truck driver on the road.