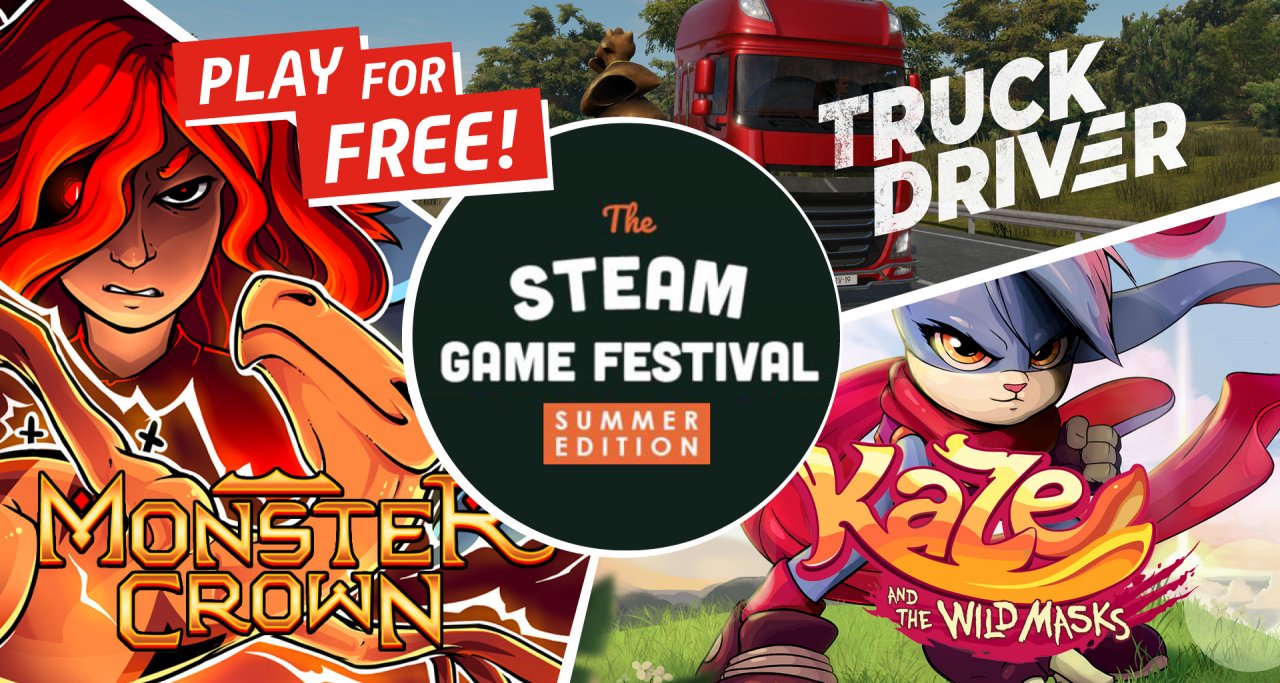 SOEDESCO is present at the Steam Game Festival - Summer Edition. They’ve announced free to try demos of three games that will be accessible to players worldwide from today until June 22. These games include Truck Driver, Monster Crown and Kaze and the Wild Masks. Over the course of a week, players can try them out and connect with SOEDESCO and the developers behind the games.

A chance to play before they come out

With trucking experience Truck Driver, dark monster taming game Monster Crown and 90’s inspired platformer Kaze and the Wild masks, there is something to try for everyone. Truck Driver has previously seen a successful launch on PlayStation®4 and Xbox One. The PC demo gives players a chance to haul different cargo and meet Charlie Dover, the fisherman. For Monster Crown, the demo allows players to have a look at the game before it launches in Early Access on Steam on July 31. They can play online to battle and trade while making true crossbreeds that can reach across the globe. Kaze and the Wild Masks brings true nostalgia to gamers who have played classics such as Donkey Kong Country 2® and Super Mario World®. The demo consists of the first world that players journey through so they can discover the intuitive mechanics and iconic bosses. The demos are a perfect way to become familiar with these games before they release.