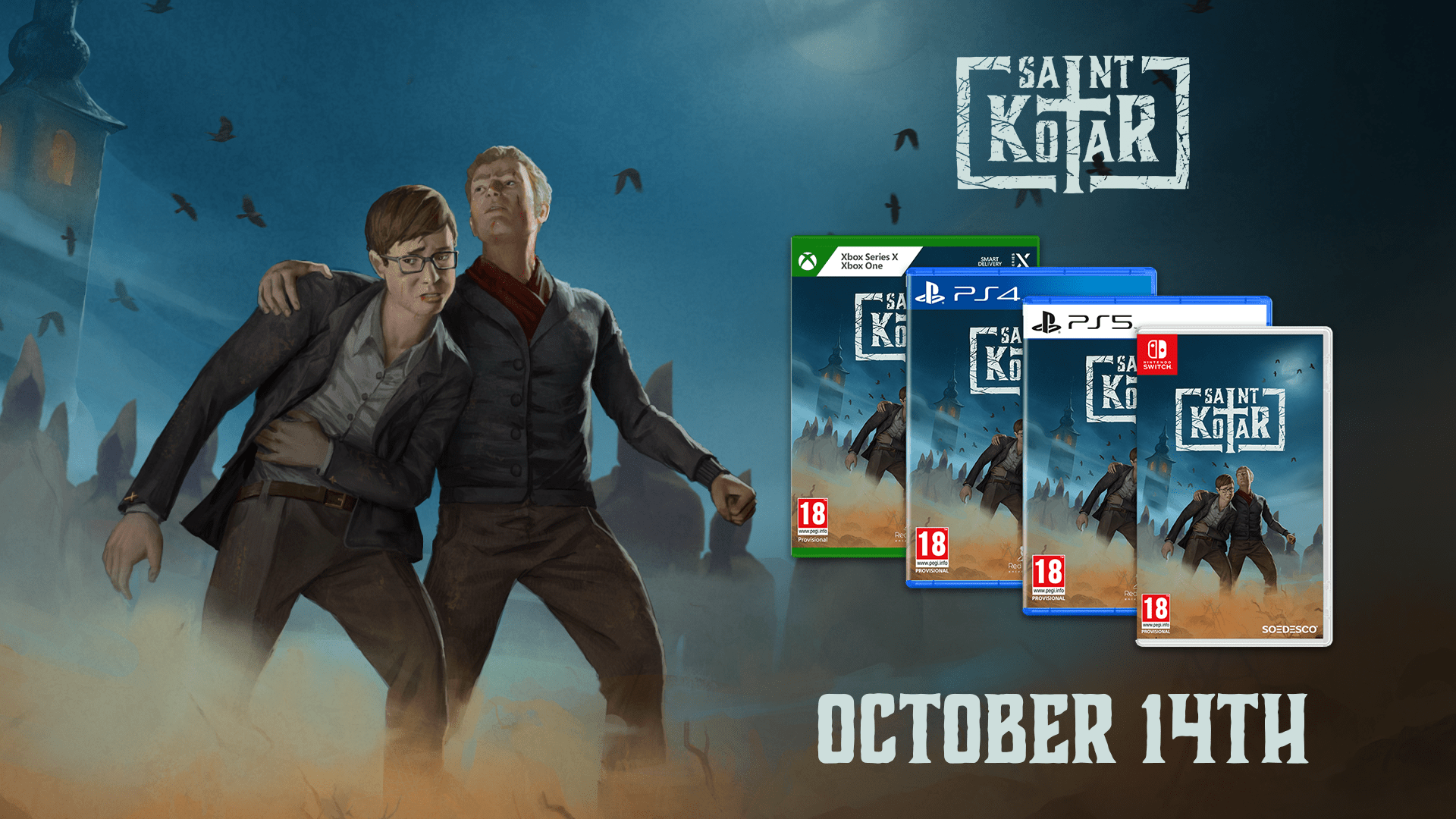 Rotterdam, The Netherlands – 31 May 2022 – Today SOEDESCO® announced that point-and-click psychological horror detective game Saint Kotar will launch on October 14th for PS4/PS5, Xbox One/Xbox Series X|S and Nintendo Switch. In addition to its digital release, SOEDESCO will also release the physical version of the game worldwide.

‍Croatian Game of the Year 2021 Developed by Red Martyr Entertainment, Saint Kotar was successfully funded on Kickstarter in 2020 and launched on Steam, Epic Games Store and GOG in October last year. Croatian gaming portal HCL.hr recently awarded Saint Kotar the Croatian Game of the Year 2021 Award in December, and the team then also made an appearance in a prime-time newscast on Croatian National Television HRT Dnevnik a month after. CEO, Game Director & Writer Marko Tominić shares what it means to turn a childhood dream into a reality by sharing his humble beginnings in an interview with Nova TV in April.

Get to know Red Martyr Entertainment in this interview blog post here: https://www.soedesco.com/news/get-to-know-red-martyr-entertainment-saint-kotar

‍‍Lovecraftian horror set in a cursed valley in Croatia

‍Saint Kotar is a story-driven psychological horror game with point-and-click mechanics. Players can switch between two characters, Benedek and Nikolay, and experience everything through their unique perspectives while searching for their missing relative in the occult-ridden town of Sveti Kotar.

Launching on October 28 on PC, PlayStation®, Xbox and Nintendo Switch™