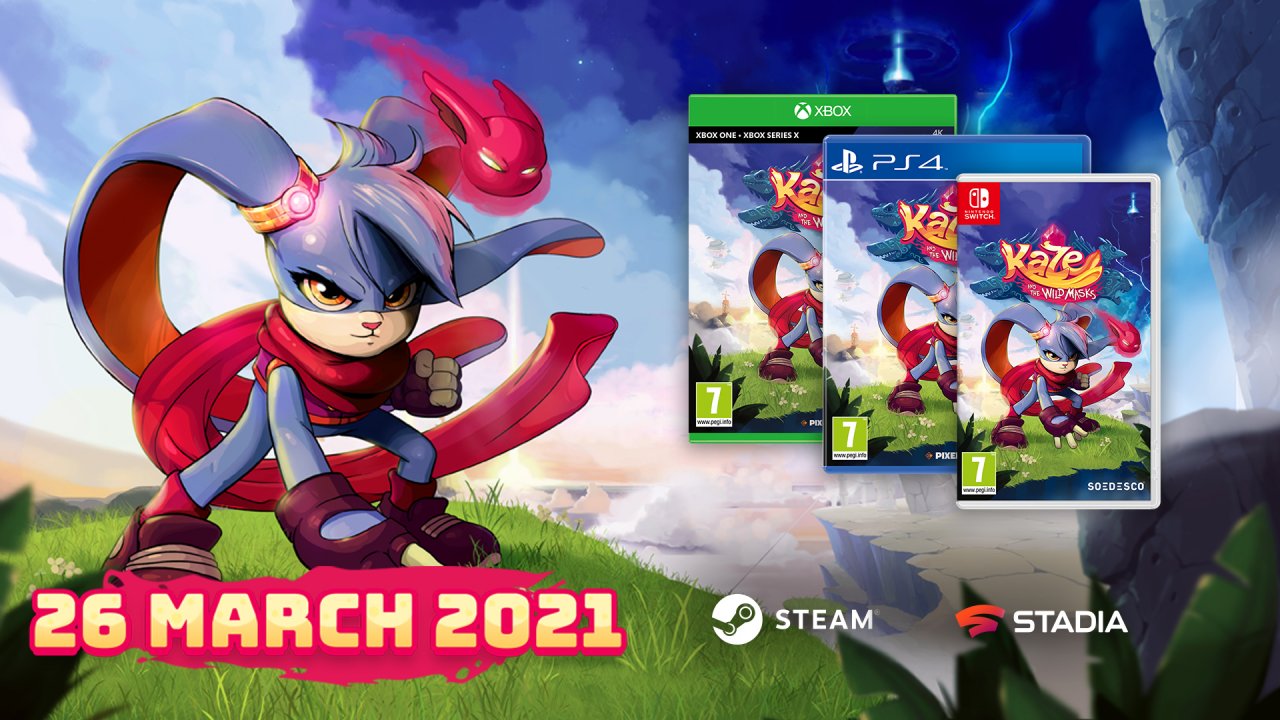 90s classics inspired platformer Kaze and the Wild Masks launches on March 26, 2021 with a physical and digital edition. The game will release on Nintendo Switch, PS4™, Xbox One, Steam and Google Stadia. During its early development stages, Kaze and the Wild Masks already received noticeable praise from both players and specialized press. Last year’s Xbox One demo and Steam Beta version were showered with acclaim from notable press and fans of the genre. They received positive reviews and the Xbox One demo got a 4.6 out of 5 rating.